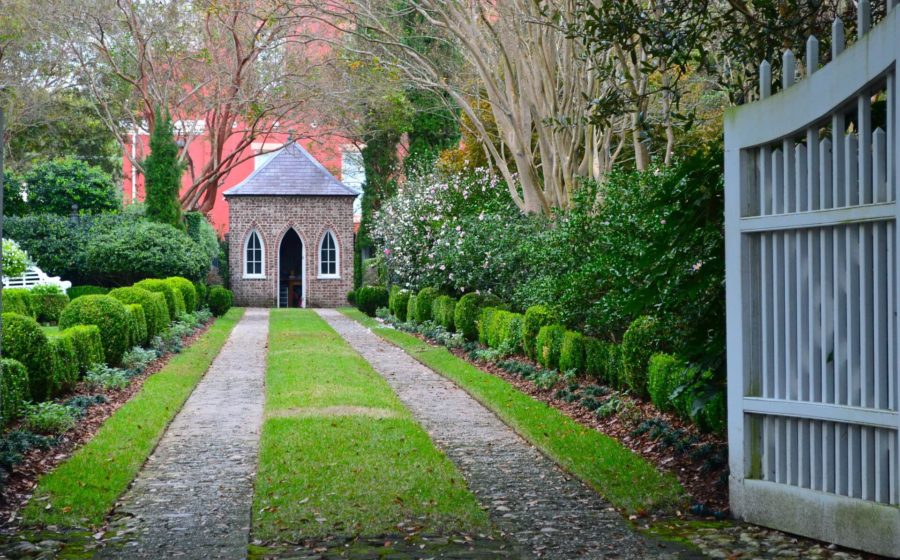 In Things to Do in Charleston SC 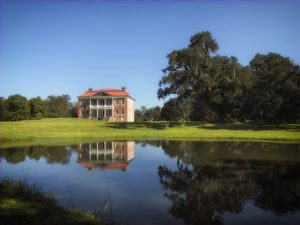 There is no best time to visit Charleston, SC. Like any other place in the world, each season and month has positives and negatives.
That said, before I experienced my first summer here, I dreaded the summers in Charleston.
Anyone who’s lived through one has a tendency to hype it up to those who haven’t. Some of the things I was told were that the heat is oppressive, but the humidity makes it so much worse. Walking outside during a hot and humid summer day is like swimming through air. Another analogy I heard was that it was like struggling under a hot, soaked towel wrapped around you.
But as someone who moved from Vermont explained to me once, summer in Charleston is like winter in New England. You spend as little time outside as you have to unless you’re doing something fun. And there are a lot of fun outdoor things to do in Charleston:
Barely scratch the surface of outdoor activities.
But that’s not to say that summer is necessarily the best time to visit Charleston. There are a lot of great options for different reasons.

Is Winter the Best Time to Visit Charleston, SC?

Starting with the beginning of the Western calendar, winter is not a bad time to be here. Temperatures are cold for people who live here, but anyone visiting from the North or Midwest won’t mind at all. I’m not sure you would want to get in the water, but obviously no one is going to stop you. And you’ll likely have the beach to yourself.

There are about two weeks in February where even locals look to get out of Charleston and escape to warmer climes, usually Florida. I would be exaggerating if I said Charleston, South Carolina, becomes a no-man’s land then, but it’s close. While not as cold as up North, the humidity makes the cold feel worse. The cold sticks to your bones.
The other plus of winter is that it’s not tourist season in January or February. Hotels, restaurants, and tourist attractions generally all offer discounts or lower-priced rooms.

Alright, Spring May Actually Be the Best Time to Visit Charleston, South Carolina

Spring is arguably the best time to visit Charleston. The temperatures are perfect, the humidity isn’t too strong, the bugs haven’t gotten bad yet, and this is when the flowers are in bloom. The flowers start with the camellias in February. They’re followed by: 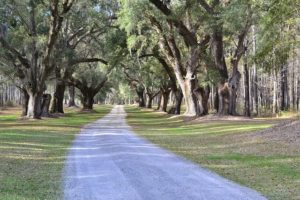 Charleston smells amazing from March through April to May or June, depending on how early flowers start to bloom. I also highly recommend meandering through one of the Charleston-area plantations then: Magnolia Plantation and Gardens, Middleton Plantation, Drayton Hall, or Boone Hall.
March is when things start to heat up, with several meanings. That’s around when the annual festivals start up again. SEWE (the Southeastern Wildlife Exposition) is typically the first weekend event in February.

Some of the other major Charleston events in spring include:
The weather is also quite nice, relatively speaking. Some family that visited me in March from Connecticut felt like it was warm enough to be swimming in their hotel pool. Even ocean water is brisk but tolerable.

Perfect Temperature Ranges in April, May, and June in Charleston

The temperature in April is usually in the 70s range, with highs from 71 degrees to 78 degrees. The temperature never fluctuates beyond the mid-60s and mid-80s.
May is a bit warmer than April, with temperatures in the 80s during the day and 60s at night.
June is still pretty hot, but not unbearable. And Charleston is a beach town, so be sure to spend some time at one of the beaches near Charleston, SC.

July is the start of the hottest months of the year. The hottest time of year continues through August to the end of September. Evenings are still usually pleasant, if a little buggy. And a significant portion of the 230 days of sunshine each year are enjoyed now. Stay in the shade as much as you can if you don’t want to sweat. The live oaks planted along the streets and White Point Gardens are a Godsend this time of year. In reality, though, no one is grossed out by people sweating because everyone else is sweating bullets too.
The other plus of this time of year is most of the college kids from the various universities leave for the summer. Upper King Street is not as busy, and downtown is remarkably less rowdy at night. 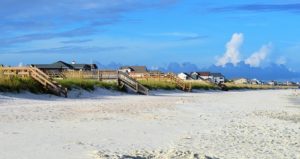 My one complaint with the end of the hottest time of the year, usually the end of August and September, is that even the ocean gets warm. The water at the beach feels like bathwater around then, which is not all that pleasant when the air is so hot. But don’t look a gift horse in the mouth.

Charleston Events in the Summer

Major events that take place in Charleston in the summer include:

But then October comes around, and the best month of weather in Charleston. The weather is perfect, the bugs have started to die off due to the cooler nights, and ocean water is even cooling off. No flowers are blooming, but it’s finally cool enough to warrant bonfires. And October is also the start of oyster season, so roasts are possible on those bonfires you’re lighting on the beach and in your backyard.
It’s also a perfect time to enjoy local bars with outdoor seating, or Charleston breweries.
Pleasant weather also makes October perfect for enjoying Halloween activities like:
October weather is usually the best, provided we don’t get another Hundred Year Flood or hurricane. Warm ocean and warm air temperature is usually high time for hurricanes and major storms. So it may not be the best time to visit (unless you have travel insurance), but if you live here (and can evacuate easily), it can be pretty awesome.
Hey, no place is perfect.
And if you find yourself in need of a place to evacuate to, there are plenty of great options for weekend road trips from Charleston, SC. 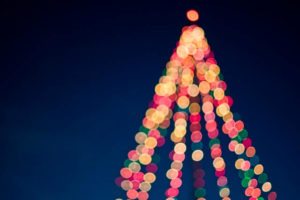 November and December is the holiday season. The Holiday Festival of Lights at James Island County Park is a major draw for people from throughout the Southeast. It fits in well with the plenty of other attractions in town featuring holiday activities. One example is the Christmas 1860 event at the Edmondston-Alston house, one of the historic Charleston homes. And just like in January, the weather is still quite pleasant.

The Best Time to Visit Charleston, SC? Just Pick One!

If you held a gun to my head and demanded to know the best time to visit Charleston, South Carolina, I would say either April, May, or October. But be ready to pay through the nose at any of the best places to stay in Charleston, SC. But in reality anytime of year is a good time to experience the best things to do in Charleston, SC.
Just watch out for hurricanes.

And the Best Time to Visit Charleston and Savannah?

I don’t live in Savannah. But people usually try to visit both Savannah and Charleston when they come to the Lowcountry.

Similar to my argument about summer, the Presidents Quarters Inn seems to feel pretty strongly about experiencing summer in Savannah as well. But I would say that the best time to visit Savannah is the same time as Charleston: the spring or fall.

Why You Should Be Relaxing at the White Point Gardens