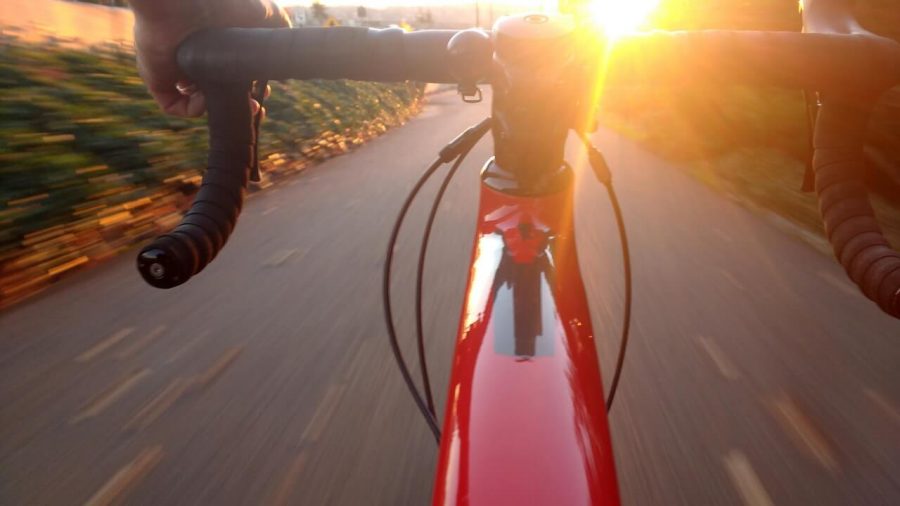 In Things to Do in Charleston SC, Weekend Getaways in the South 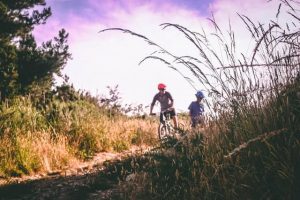 I had a tenuous relationship with bicycles for most of my life.

Fortunately, my views on biking has changed a lot in the intervening years. Today, between friends who enjoy biking in Charleston, SC, and my own experiences, I can give some insight into the cycling scene here.

I wasn’t the strongest rider growing-up, so I usually preferred to stay on my own two feet to get around.

Things changed when I went into the Peace Corps. In southern Africa, my beautiful blue Trek mountain bike was my only way to get between the spread-out villages of my district in one day.

While I had a couple really scary run-ins with the ground (including once involving a giant, black, scorpion), by my second year I was a cycling pro.

I brought the habit back to the United States, and biked around Greenwich and Westchester County when I lived in Connecticut.

Then I moved to Charleston, South Carolina.

Biking in Charleston should be a dream. For one thing, it’s flat. But it doesn’t matter how flat it is here when you’re biking in the middle of a hot and humid summer day in Charleston.

I still love biking, it’s still one of my favorite Charleston outdoor activities. But it definitely has a time of year here for me.

And I cannot understand people who wear skinny jeans while biking in the summer here.

The streets of historic downtown Charleston are kind of scary for biking, in my opinion. The majority are narrow from the days of horse-drawn carriages and other modes of transport smaller than cars. As such, bike lanes are close to non-existent. And drivers here are scarily terrible.

The city of Charleston made a weak attempt at creating a bike lane across the West Ashley bridge to connect downtown to the suburbs. But the experiment seemed to last for all of a few weeks before the closed lane reverted back to car traffic.

But that said, there are some nice parts of downtown Charleston to bike around on–for example, Hampton Park.

And Sunday afternoon is usually a nice day to ride around, when car traffic dies down significantly. That’s the day to cycle around the South of Broad neighborhood.

If you’re feeling brave, there are bike rentals from Holy Spokes bike rentals all over downtown (just don’t leave the peninsula with them). Here’s a map of where to find their stations. Prices are $8 per hour, or $12 for a day rental. They’re beach cruisers, so they’re not my favorite because of how slow they are.

You can also rent bicycles from Affordabike. They’re a local business situated at the corner of King and Cannon Streets.

Cycling Options Away from Downtown

If you’re bringing your own bike, you can go further afield from downtown.

I like biking around some of the county parks, like Wannamaker, James Island County Park, or Palmetto Islands. Bike rentals are available at each of these parks. Prices aren’t ridiculous, but the bikes kind of suck.

But hey, you’re only paying $4 per hour.

I also love Laurel Hill County Park, and the dirt trails are great and long. There are no bike rentals available there, however.

You can take a ride out on the West Ashley Greenway, which heads from just over the bridge from downtown along Route 17 through several West Ashley neighborhoods.

The West Ashley Greenway starts next to the South Windermere shopping center. It then shoots straight out to the west for about 10 miles. If you’ve got a bike that can handle the trail that switches from asphalt to dirt paths, you’ll get a view that switches from Charleston suburbia to Lowcountry wetlands.

It’s worth the ride. 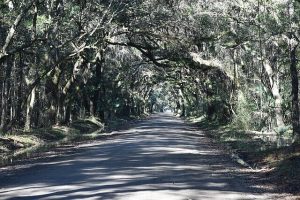 I also recommend taking a ride from Johns Island out to Wadmalaw Island and back. These are the last two under-developed sea islands close to downtown Charleston. Wadmalaw is still very rural, and a ride out there along the live oak-lined roads is beautiful.

Biking from Charleston to Folly Beach and Isle of Palms

You could also follow the Battery to the Beach bike path that goes from downtown all the way to Folly Beach and Isle of Palms.

That said, biking from downtown to Folly Beach takes you on the James Island Connector. Which is for all intents and purposes a highway.

Daniel Island also has some nice, safe, biking. The one and a half mile trail along the Wando River is an easy bike ride with a beautiful view. But it’s a bit of a trek from downtown just to ride your bike through some woods and residential neighborhoods.

But that’s just my opinion.

A Self-Guided Biking Tour of Charleston

Historic downtown Charleston is beautiful, but it’s also fairly compact. In a perfect world, I would recommend saving your biking outing for exploring a broader area of Charleston.

As far as a tour of the Lowcountry goes, skip the beaches near Charleston. I’d likely recommend taking the West Ashley Greenway from South Windermere out to the second Johns Island bridge. Take that to Johns Island and work your way to Wadmalaw.

The way back, you can take the more direct route along Route 700.

Without stopping, that’s about a 3-hour bike ride on mostly flat terrain, with the exception of bridges.

Check-out a Google maps layout of the route above here.

The Joys and Dangers of Community Gardening in Charleston, SC

A Hipster’s Guide to Park Circle, in North Charleston, SC