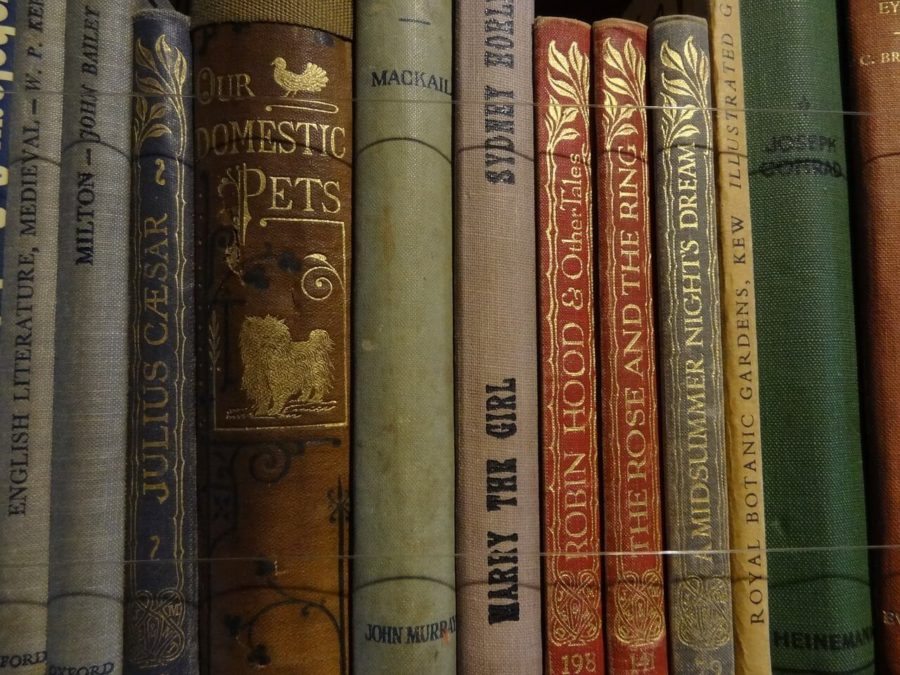 In Things to Do in Charleston SC, Uncategorized 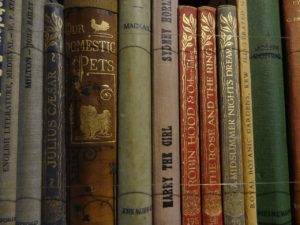 In an age when everything literary is likely read on a screen, it’s quite to hold a book in your hands.

Maybe it’s the weight of it.

Perhaps it’s the ease of reading on the eyes compared to a computer or phone screen.

It could be the connection to generations of readers before you, but there is something about reading an old-fashioned book.

It is definitely a hipster thing to appreciate books and a great used book store. Either way, there are plenty of book stores in Charleston, SC, to feed your addiction.

These book shops not only serve the inhabitants of Charleston, but also the more temporary residents of the local colleges in Charleston, SC. The ones on the peninsula alone are MUSC, the Citadel, and the College of Charleston. Historic downtown Charleston has more than a few fantastic book stores to peruse. There are a few farther afield that are also locally-owned and worth a visit if you’re a literati. You can experience a more in-depth bit of the best shopping in downtown Charleston, SC in boutiques devoted to books in the area.

Your Sole Option for Christian Book Stores in downtown Charleston

Christian bookshops are a bit lacking in historic downtown Charleston.  There is one place within walking distance of much of peninsular Charleston: Pauline Books and Media. The name of this Christian book store is derived from the name of the order of nuns who run it, the Sisters of St. Paul. The major goal of this shop is to help the Sisters in their mission of evangelization. It lends to a solid selection of Christian books for both Catholic and non-Catholic readers including, of course, the Holy Bible. Major topics featured in available books include spiritual growth, prayer, devotion, and rediscovering your faith. There is also a varied selection of Christian gifts.

Pauline Books and Media is located in the upscale part of King Street and surrounded by some of the most expensive shops in Charleston. It offers a peaceful respite from the rest of downtown Charleston. There’s even a chapel and small, peaceful garden in the back for quiet reflection or bible study. And the nuns obviously don’t kick non-believers out of the store.

There is a Lifeway Christian store way out in North Charleston, almost to Goose Creek. It’s a quite a drive from downtown Charleston, though. As far as non-Christian or Catholic religious bookstores in Charleston or nearby, you’re out of luck.

The Best of the Comic Book Stores in Charleston, SC 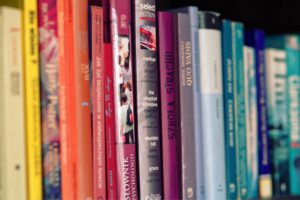 Comic book stores are rare in Charleston, but there is one well-regarded option fairly close to the peninsula. Captain’s Comics and Toys is in West Ashley on Sam Rittenberg Boulevard. For 8 years running, Captain’s Comics and Toys has been awarded the best comic store in town. I’m not aware of any other comic book stores in Charleston, SC, to be fair.

The best of the comic book stores in Charleston, SC is the place to go for:

The friendly and attentive staff are happy to back-order anything. With a great selection in 2000 square feet of inventory, this is the place to be to let your inner nerd out.

Blue Bicycle Books is a personal favorite. It’s located right on King Street near to Marion Square. You’ll find it a few storefronts up from Virginia’s on King, one of the fantastic Charleston restaurants on King Street.

While a narrow store (only 10 feet of storefront on King Street), they have 50,000 volumes. They also have the most complete collection of used, second hand, rare books and new Charleston material.

does a fantastic job of supporting local writers and publications (possibly because one of its current owners, Jonathan Sanchez, is one). It’s easy to find works by Pat Conroy, Charleston Receipts,  or many other works by locally-famous writers. It’s also a great place to find books about Charleston, South Carolina, as well as the whole Lowcountry. They often have events with local writers (the recently-deceased Pat Conroy was a regular). Charleston Receipts and other Charleston books make fantastic gifts for non-locals, by the way.

Blue Bicycle Books has been voted the best used bookstore in Charleston for four years. It’s easy to see why after just one visit. It’s easy to spend a good amount of time exploring their selection.

YALL Fest is a big kid-friendly Charleston event in November with tons of local writers and signed copies of their books, and great events. YALL is short for “Young Adult Book Festival”, by the way. Blue Bicycle Books and its YALL Fest are likely the best option on the peninsula for kids books and literature appropriate for young children. 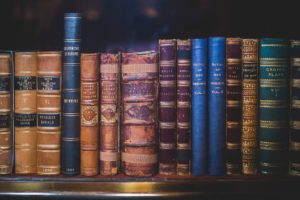 Despite spotty hours, the Heirloom Book Company offers a wide array of cooking accoutrements. It also has plenty of new, used, vintage and rare cook books in Charleston, SC, on Broad Street. This is the place to go for out of print books, as well.

The Preservation Society of Charleston shop is located right on King Street, about five blocks down from the Pauline Book Store.

Evening Post Books is an independent publisher located on Columbus Street in downtown Charleston. As their tagline implies (“Our Accent is Southern”), their focus is also on Lowcountry authors and subjects. It’s a bit farther of a walk up King Street from many of the other bookstores in downtown Charleston. It’s still worth a visit, as it’s tied to the Post and Courier and happily publishes authors that don’t have the clout with larger publishers.

This used book store is a bit of a drive from downtown, located in North Charleston on International Boulevard. With locations in five cities, it’s still a Southern (though not a Lowcountry) chain. Mr. K’s Used Books buys, sells, and trades:

They also offer new books, but obviously not as extensive a collection as at Barnes and Noble. Still, all sorts of genres are represented in their large collection. It’s a little more upscale than you probably expect your used book store to be. And yet it’s definitely worth a visit for any fans of used books (that are pretty cheap or at a discount).

What About the Box Store Book Stores in Charleston? 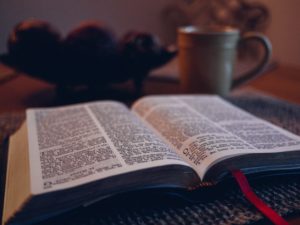 As befits a city like Charleston, all the box stores are banished from the peninsula. Just like in the rest of the country, Walden Books and Borders Books are no more. There is still a Barnes and Noble downtown, as well as out in either Mount Pleasant or West Ashley. With University Books of Charleston closed, the Barnes and Noble is the main source of university textbooks for College of Charleston students, both new and used college textbooks. Provided you don’t just source yours online for cheap somewhere, like most people these days. As is the case with every other Barnes and Noble in the country, you’re sure to find whatever new book you’re looking for at any branch. That said, you’re not exactly helping your local economy. Just sayin’.

For those looking for medical textbooks, the MUSC bookstore on the campus on Ashley Avenue is the place to go downtown. Why anyone would need a medical textbook without matriculating at a medical university is beyond this writer. The Citadel Bookstore on the Citadel campus up by Hampton Park serves the students of the Citadel Military college. It’s just another Barnes and Noble, and not exactly a Charleston book boutique shop that’s worth a visit.

7 of the Top Bakeries in Charleston, SC