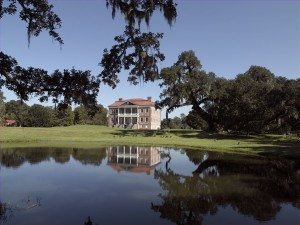 Nationally, Drayton Hall makes people think of bedroom furniture, not Drayton Hall plantation.
But here in Charleston (and in preservationist circles), it’s different:
Drayton Hall Plantation is a beautiful and well-preserved historic site.
This eighteenth-century plantation sits 12 miles northwest of historic downtown Charleston. It overlooks the Ashley River in the South Carolina Lowcountry.
This West Ashley plantation is a perfect example of Georgian Palladian architecture. And it has the honor or being one of only three plantations near Charleston to survive both the Civil and Revolutionary Wars.
Drayton Hall is a registered a historic landmark and is under the management of the National Trust for Historic Preservation. This Charleston, SC, plantation is open to tourists and has been since 1977.
The plantation presents a complete interpretation of the history and economy of its inhabitants. Seven generations of Draytons resided in their ancestral home. The first guide to the plantation was published in 2005. 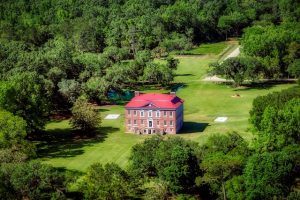 Drayton Hall was first established by John Drayton. John Drayton was the third son born at the nearby Magnolia Plantation and Gardens. At 23 years of age, John Drayton used funds he inherited to buy the property and begin construction of Drayton Hall.
The eldest Drayton inherited a lot of land in the Lowcountry (though never Magnolia Plantation, as the third son). And he and his family used Drayton Hall as the equivalent of their “corporate headquarters”. The family lived here and used the hall as their base of operations to manage their other various properties. No cash crops were grown on the premises of the Drayton Hall plantation.
The South Carolina Gazette described the property as a “Palace and Gardens” in the early 1750s. That was a short while after Mr Drayton, a 37-year old widower and his sons first occupied the plantation.

Drayton Hall is one of the most important elite plantations in colonial America. It’s rare and unique survival makes the structure an icon of American history, historic preservation, and design.
Unlike the plantations of Gone with the Wind, the owners built Drayton Hall plantation to match 18th Century English styles. So Scarlett O’Hara wearing dresses made of curtains are not to be found here. As such, it has the appearance and feel of an English manor, rather than an antebellum plantation. That said, there were slaves and other various aspects of what defined pre-War Southern society.
Check out a video of a digital restoration of Drayton Hall. It shows what the inside of the historic home looked like at its construction, back in the 1700s:

How a wealthy family got even wealthier

Drayton Hall Plantation was a management hub and a showplace at the center of Drayton’s commercial plantation empire.
At his death, Drayton owned over a hundred different estates totaling about 76,000 acres of land across Georgia and South Carolina. Dozens of enslaved Native Americans, Africans, and their descendants worked on each of his estates. These slaves grew indigo and rice for exportation to Europe. They also reared pigs and cattle for shipment to the Caribbean islands like Barbados. The legacy of the slave society lives on today in the form of John Drayton’s:

The Draytons occupied Drayton Hall plantation until 1969. On that date, Charlotta Drayton, the last Drayton to regularly occupy the home, passed-away and willed her share of the property to her nephews.
Charlotta Drayton was a major voice in Charleston for historic preservation. And she preferred that her family’s historic mansion remain preserved rather than restored. As such, she chose to not install modern amenities such as climate control, indoor plumbing, or even electricity.
The Historic Charleston Foundation honors her drive to preserve the house as it was for generations. They do so by preserving the structure, but make no attempt to restore it to a certain time in its history.
By comparion, the organization restores the Nathaniel Russell House to its appearance in the early 19th Century. 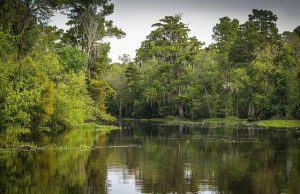 Be sure to walk down the raised allée from the house to the river and appreciate the view. In recent memory, a developer wanted to buy-up the property across the Ashley River in North Charleston for a high-rise development.
The Friends of Drayton Hall were able to raise the funds to buy the property and protect the view in perpetuity.

As Drayton Hall has not been modified in any way, the house is preserved in the state in which it was secured for posterity. This gives its guests a sense of continuity and timelessness.
It is believed that the original Drayton family still haunts the plantation. Visitors have claimed to have photographic evidence of weird happenings within the building. Other guests have reported experiencing strange feelings of an invisible presence. America’s Most Haunted Places, a TV series, has featured Drayton Hall in one of its episodes. While it is of course uncertain if there are ghosts in Drayton Hall, the curious will have to go and find out for themselves. 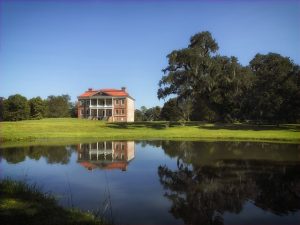 Tourists may visit Drayton Hall every day from 9:30 am to 5 pm from Monday to Saturday and 11 am to 5 pm on Sundays. A historic house tour lasts for 45 minutes and passes through the:
It was here that the enslaved cooked and maintained the home, à la Downton Abbey.
Additional attractions include:
Another must-visit is the 18th-century African-American cemetery. It features an entry-portal designed by famed Charleston metal-worker Philip Simmons. The portal was installed shortly before his death in 2009.

For a wedding in a spectacular location, the grounds at Drayton Hall plantation are available for a wedding or event rental.
Visitors can’t use the building itself in the interests of preservation (let alone the lack of modern facilities). That said, visitors may erect a canopy on the lawn for a fee.

Drayton Hall Plantation isn’t the only one worth visiting of the plantations in Charleston, South Carolina. A few more great options include: 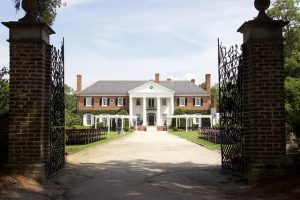 Major John Boone relocated to Charleston in 1681. He built a gracious home and lucrative plantation overlooking the Wampacheone Creek.
The McRae Family bought the plantation in 1955 and furnished the house to give tours to guests. Today, the McRae family still owns the Boone Hall Plantation and Gardens. And they still strive to make improvements regularly so that visitors can experience life as it was during those the days. The plantation is also one of the oldest still-working farms in the country.

This 18th-century rice plantation is a National Historic Landmark. Middleton Place plantation comprises of:
Guided tours of the premises interpret the role of the Middletons in American history.

Magnolia Plantation and Gardens is one of the oldest in the South and is widely known for its gardens. It was originally a rice plantation with extensive earthworks such as dikes and dams to irrigate fields along the Ashley River. African slaves from rice-growing regions formed the works and worked these fields. And as the generations passed, the slaves developed a unique culture and language, that of the Gullah. 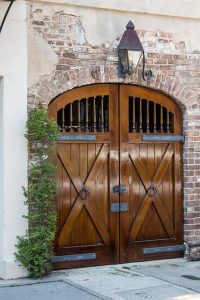 There are plenty of attractions in Charleston, but a few more that meet the needs of any history buff coming to the area include:

This house remained a property of the family’s descendants for about 142 years. The Charleston Museum bought it and converted it to a museum house in 1975. Highly skilled enslaved African workers maintained the House before the Civil War. For those interested in the lives of enslaved peoples in downtown Charleston, the Aiken Rhett house is a must. This historic house tour is the only one to offer an opportunity to see how enslaved workers lived in a downtown Charleston plantation home.

The hall of the Confederate Museum was the commercial center in Charleston and served as a station for recruiting during the Civil War. The museum contains exhibits such as:
It also hosts a reference library.

This antebellum building is one of the most exquisite buildings in Charleston. Built in 1803, it’s known as the “Huguenot house” for its ties to Charleston’s Huguenot community. This home reflects the lifestyle of a wealthy rice-planting family and the enslaved African Americans who lived with them.

This building is South Carolina’s most historic structure. So many historical events occurred here during the formation of the United States. The Old Exchange and Provost was completed in 1771 and was the social, economic, and cultural center of the colony.

This building has been recognized as one of the important neoclassical dwellings in America. The Nathaniel Russell House is set inside a spacious formal garden in the South of Broad neighborhood on Meeting Street. 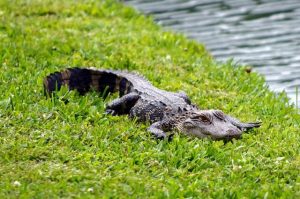 This Heritage Museum shows the history of a former rice plantation with displays of:
The 175-acre garden offers guests a walk-through Butterfly House with beautiful:
Inhabitants of the Swamparium are reptiles, fish, and amphibians, all native to the swamp. Cypress Gardens made the list of the most romantic things to do in Charleston, SC.

There Are So Many Fantastic Charleston Attractions!

A visit to Charleston will be fairly busy for any history buff. Be sure to visit these fascinating historic destinations, but be sure to intersperse them among visits to:
For even more recommendations, be sure to check out our guide to the best attractions, activities, and things to do in Charleston, South Carolina.

19 of the Best Weekend Road Trips from Charleston, SC

Which Charleston Plantations Do You Need to See?