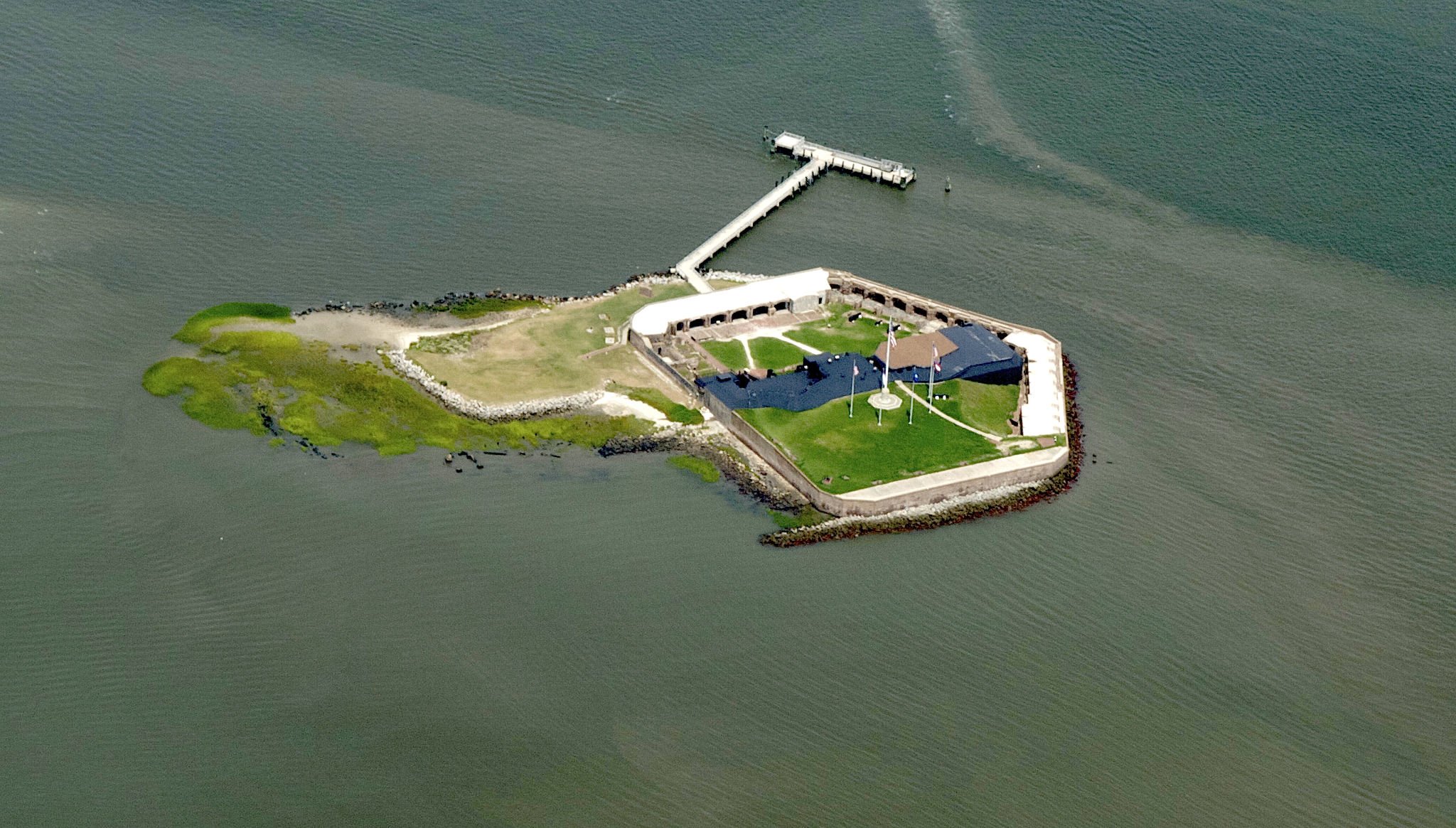 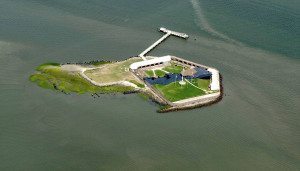 South Carolina was of significant political and military importance for the Confederacy during the American Civil War.

As the first state to secede from the Union at the start of the War–and Charleston harbor being the first site of aggression, with the bombing of Fort Sumter, SC–a large portion of the (white) population supported the institution of slavery.

Political leaders such as Preston Brooks and John Calhoun had inflamed national and regional passions to support slavery, and for a lengthy period of time before the start of the Civil War, the pro-slavery voices of the South wanted secession. Visit Fort Sumter soon to better understand why it consistently stays at the top of any list of the best things to do in Charleston alongside Rainbow Row.

A Brief History of Civil War Battles in SC, and Civil War Sites to Visit in South Carolina

1. The Battle of Rivers Bridge

This battle was a Union victory which was fought on February 3, 1865, during the Campaign of the Carolinas at the end of the American Civil War. Major General Lafayette McLaws of the Confederacy attempted to slow the advance of Union General Sherman’s troops through the state after entering from Georgia on February 1st. Despite McLaws efforts, the Union troops largely went-around and flanked the Confederate army, only stalling their move by a day. In the end, McLaws retreated and left the Union troops free to continue their push through the state.

2. The Battle of Aiken

The Battle of Aiken occurred on February 11th, 1865, as General Sherman and his troops moved through South Carolina. The Confederacy feared that Union troops were marching towards Augusta, Georgia, a vital manufacturer of gunpowder for the Confederate States War efforts. The main commanders were Confederate Maj. Gen. Joseph Wheeler and Union Maj. Gen. Hugh Judson Kilpatrick, who was referred to as “Kill Cav” due to his sometimes reckless military decisions that resulted in the deaths of his men. Major General Wheeler attempted to halt the progress of the troops towards Augusta by routing them in Aiken. Wheeler succeeded in scoring a minor victory over Kilpatrick, though this obviously did not deter the troops movements. In the end, the Union force’s movements were aimed for Columbia, South Carolina (and not Augusta). South Carolina’s state capital was summarily burned to the ground shortly after capture.

As General William Tecumseh Sherman was quoted as saying, “When I go through South Carolina, it will be one of the most horrible things in the history of the world. The devil himself couldn’t restrain my men in that state.” While Sherman’s troops’ treatment of Georgia made it in the history books, the Union forces actually increased their level of barbarity in South Carolina. Some claim this was punishment for South Carolina starting the War of Northern Aggression, as some Southerners call it. No matter why it was done, the devastation of Georgia and South Carolina was the first example of total war, or the destruction of both military as well as civilian property to destroy the capability of a country to make war.

3. The Battle of Fort Sumter

Fort Sumter, SC, history is certainly still worth knowing, as the Fort Sumter battle was significant for the the most trying period in the history of the American democratic movement. First, a few Fort Sumter facts to help understand the significance of this American landmark.

General P.G.T. Beauregard of the Confederate States of America army ordered the commencement of firing on Fort Sumter the evening of April 12, 1861. According to local Charleston tradition, the first shots were fired by cadets from the Citadel Military University. The citizens of Charleston treated the bombardment, which was done by cannons firing shells and mortars from James Island, as a party. Many residents came down to White Point Gardens with party accoutrements to celebrate what appeared to be a fireworks display. The next day, Major Robert Anderson, the Union garrison commander, surrendered the fort, and it was evacuated the next day. All Union troops that surrendered boarded a ship out in the harbor and headed back up North.

After the end of the Civil War, the United States military rebuilt Fort Sumter and manned it during the Spanish-American War of 1898, World War I (1914-1918), and World War II (1939-1945). In the second half of the Twentieth Century, Fort Sumter was decommissioned and became a Charleston tourist attraction with national significance.

Who Won the Fort Sumter Battle?

Holding Fort Sumter proved to be immensely useful to Confederate war efforts. After rebuilding the fort, Southern forces were able to use it to defend Charleston harbor and maintain a hole in the Union’s blockade of the South. Despite the North’s best efforts, Confederate forces held Fort Sumter until Confederate troops dissipated as General Sherman’s troops approached Charleston.

Of all the Civil War battles in SC and throughout the country, the Fort Sumter battle was the most significant since it began the bloodiest war in the history of the United States. The attack on Fort Sumter was enough encourage the final seceding states of Virginia, Arkansas, Tennessee and North Carolina to leave the Union and officially dissolve the Union. Although no lives were lost on the day of the surrender, it was the start of a long and bloody battle to determine the fate of the American Democratic Republic.

According to various sources, about 620,000 people died in the course of the American Civil War. That was about 2.5% of the entire population at the time. If the same population percentage were to die in the United States today, the death toll would total about 6,200,000 people.

The beauty of tours is that they permit tourists, locals, and anyone else on the tour to a taste of history from the roots. Fort Sumter tour packages take tourists to see where the first shots of the war were taken in Fort Sumter and enjoy a sailing trip around the Charleston harbor. While Fort Sumter tickets are not needed to visit the fort, the only way to access Fort Sumter is via a ferry, which obviously requires a paid admission. Visitors to Fort Sumter can use a Fort Sumter SC map to pick the best locations to catch the Fort Sumter Ferry. Spirit Line Cruises Fort Sumter takes tourists on tours of the harbor, leaving from Liberty Square of Charleston and Patriots Point. Liberty Square Charleston is the departure point for Fort Sumter from historic downtown Charleston, and also features a museum for the African-American experience and military exhibits.

The tour lasts for about two and a half hours. The ferry ride is just about one hour to and from the land, and visitors to Fort Sumter can spend about an hour exploring the fort at their own pace.

6 More Civil War and Military Attractions in Charleston, SC, and Nearby

There are several other historical attractions in Charleston and nearby parts of South Carolina that would be of interest to anyone wanting to learn more about the antebellum South, the Civil War, and afterwards. A few of these fascinating tourist attractions include Rivers Bridge State Park (site of the Rivers Bridge battlefield), Magnolia Plantation and Boone Hall Plantation.

Fort Moultrie, which was originally a Palmetto log fort, was begun in the year 1776 and was partially completed when it was attacked by British warships. The flexible palmetto logs actually bounced-off the British cannons, helping the fort survive the onslaught and helping Charlestonians win one of the first battles of the Revolutionary War. The state flag of South Carolina features a palmetto due to this battle, as well as the state moniker of the Palmetto State. The current fort was completed in 1809. The interior of Fort Moultrie has been restored to highlight the story of the American seacoast from the Revolutionary war to modern times. A visitor center is located near the fort to help provide more historical context.

With the prohibition of public slaves auctions in Charleston in 1856, private facilities were constructed along Queen, State, and Chalmers Streets in downtown Charleston. The Old Slave Mart was the former auction gallery of Ryan’s Mart, one of these auction compounds. Other structures that also made-up Ryan’s Mart were a slave barracoon, or slave jail, a morgue, and a kitchen. Ryan’s Mart was closed by the arriving Union troops in 1865. While the rest of Ryan’s Mart is gone, the Old Slave Mart has served as a museum on and off since 1938.

This is an embarkation point in Mount Pleasant, SC, for many Fort Sumter tour boats, and is home to several vessels now used as museums: the submarine USS Clamagore, USS Yorktown, and the USS Laffey. Patriots Point Naval & Maritime Museum is just five minutes away from downtown Charleston over the Ravenel Bridge.

The USS Yorktown is an aircraft carrier launched on January 21st, 1943 from Newport News, Virginia. It is the fourth vessel named after the American Battle of Yorktown, as the third eponymous ship sank at the Battle of Midway shortly before this one was commissioned. The USS Yorktown participated in several campaigns in the Pacific Theatre of World War II before it was decommissioned and became a ship museum in the Charleston harbor.

The USS Clamagore USS is a Balao-class submarine, and is now a museum ship at the Patriot’s Point Naval in Charleston, South Carolina. The ship was built in 1945 at the end of the Second World War.

The USS Laffey DD-724 is a destroyer that was launched in November 1943 and was decommissioned on March 29, 1975. The ship is now afloat with the other two ships at Patriots Point in Charleston Harbor, South Carolina.

This park marks the venue of one of the Confederacy’s last-ditch efforts to halt General William T. Sherman’s attack on the South. The Rivers Bridge Battlefield is the only well-preserved battlefield in the state of South Carolina.

The famous Magnolia Plantation was founded by the Drayton family in 1676.  This Charleston plantation has been open to visitors since 1870, when the family discovered a creative (and, much to their luck, lucrative) way of making money after the devastation of the Civil War: welcoming curious visitors to explore their property. Magnolia Plantation of Charleston, SC, touts itself as the oldest public garden in the U.S.

The Boone Hall Plantation was built on 783 acres of land and was first established in 1681. Boone Hall Plantation was then opened to the public in the year 1956. This property has been a filming location for a lot of movies, TV series and documentaries, and its old slave cabins and several of its historic buildings are still perfectly intact.
Sound like a plan? Check out even more activities to add to your list when you see our top list of the best free things to do in Charleston, SC.