The Ultimate Guide to the Best Ghost Tours in Charleston, SC When I was little, I was really into ghost stories. As is the case with most people, I loved the adrenaline rush from fear. I also both hated and loved the vagueness of the stories: whether they were real or no.
Later on in life, I had the benefit of living in some of the most haunted places in America. And Charleston, South Carolina, is high on most lists related to hauntings and ghosts. And there are some fantastic ghost tours in Charleston, SC, that take advantage of the depth of local lore.
Even if you don’t believe in ghosts, ghost stories are one of the last forms of oral history passed down in modern American society. The legends that survive the times are testament to what a local culture values and abhors. As such, they’re one of the most fun things to do in Charleston, SC, at night.
As one of the oldest cities in the country, there is a fair amount of ghastly history to sift through, like:

Historic downtown Charleston, SC, is believed to be a hot bed for ghost activity. Some of the most common places for sightings include:
Some of the best places to stay in Charleston are supposedly haunted, such as the Battery Carriage House Inn.
Beyond downtown Charleston, many of the Charleston plantations have their own ghost stories. The most common ones for ghost legends (which you can hear on plantation tours) are Drayton Hall and Magnolia Plantation.

Some Great Choices for Ghost Tours in Charleston, South Carolina

Some cool options for ghost tours in Charleston include exploring the local graveyards and the Old Charleston Jail. You could also take a carriage ride or plantation tour, but the ghost side of things would need some self-guided touring. Many carriage and plantation tour operators avoid talking about the paranormal side of the Lowcountry. Seeing as not everyone believes in ghosts and children are often on these tours, that seems pretty fair.

Alright, so what tour companies offer the best ghost tours in Charleston? All will touch upon some of the most famous ghost stories of Charleston, including that of John and Lavinia Fisher and Stede Bonnet. Usually it’s more a matter of which haunted venues in which you’d like to get spooked. From a Charleston graveyard tour to a haunted tour of the Charleston jail, you’ve got plenty of options.
Keep in mind that I don’t work or have any relation to these companies. I try to keep prices up to date, but check with the individual tour companies. Prices and availability change, of course. Bulldog Tours is a premier Charleston tour company that’s received many awards over the years for its tours. Guides take the curious on walking tours around downtown. Tours start from their headquarters on Anson Street, near the Historic Charleston City Market. Bulldog Tours has exclusive access to some of Charleston’s most popular haunted attractions. Some of the big draws include the Old Exchange and Provost Dungeon and the Old City Jail.

The Charleston Ghost & Graveyard Tour is highly regarded. It takes visitors through the shadowy churches, alleys, and graveyards of Charleston for about 90 minutes.

The 45 minute Haunted Jail Tour explores the Old City Jail. This is one of those things you cannot miss when you’re on vacation in Charleston. To be fair, it’s also good if you live here and just haven’t gotten around to it yet. Built in 1802, the Old City Jail has held notorious or misunderstood personalities in Charleston’s history from the Fishers to Denmark Vesey. An evening tour of this Charleston attraction–known as one of the most haunted places in America–is just plain spooky.

The Darkside of Charleston Walking Tour guides visitors through a brief and uncensored introduction to Charleston. Get the low-down on Lowcountry’s experiences of:

If you’ve visited the Old Exchange and Provost Dungeon during the day, go back at night with Bulldog Tours to explore in a different light. You’ll catch-up on all the stories that give this particular dungeon its reputation.

Only Bulldog Tours has access to this particular dungeon, so take an hour and a half one evening to explore the city. 20 minutes or so of the Charleston Ghost & Dungeon Walking Tour will be in the Old Exchange and Provost Dungeon.

Bulldog Tours offers its ghost tours most evenings, with a starting charge of $25 per adult, and $15 for children 7 to 12. Other tours on offer include culinary and history tours.

One of the newer tour companies in Charleston, Holy City Walking Tours claims to offer the best ghost tour in Charleston. The walking ghost tour starts on the third floor of the Lagunitas Taproom, another one of America’s most haunted buildings. It then guides visitors through many of the top haunted attractions on the peninsula such as the Battery and White Point Gardens.
Tours start at $18 per person. Holy City Walking Tours also offers a Walkthrough History, Sunset Tour, and a Battery Walk.

Established in 1994, the Ghosts & Legends of Charleston Walking Tour is Charleston’s first year-round walking ghost tour. And it remains highly acclaimed to this day.
This walking takes about 90 minutes, starting on the steps of the Confederate Museum and ending at Waterfront Park. Other potential stops may include:
Visitors may have the pleasure of learning about Gullah superstitions as well as a variety of Charleston ghost stories. Tickets start at $20 for adults, $12 for children 7 to 12, and free for children 6 and under . This tour is focused on Charleston’s history, rather than the paranormal. That makes it a choice for families and fun things to do in Charleston, SC, with kids at night.

Ashley on the Cooper offers a ghost tour called the Chilling Charleston Macabre Ghost Tour. Their goal is to offer the non-typical ghost stories that are on the macabre side of the spectrum. That is, ghastly and gruesome, while still being friendly for any taker. 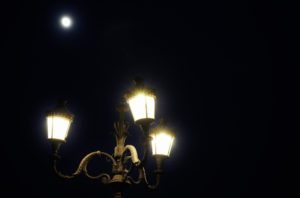 What About Other Fantastic Charleston, SC, Tours?

What Are the Best Carriage Rides in Charleston?

The answer to this question depends on what sort of an experience you’re hoping to have. What you see on your carriage ride is a complete crapshoot. There are 6 different carriage routes authorized by the city of Charleston. Routes are handed out at random at the beginning of the tour. These were instituted to limit the number of horse-drawn carriages tying-up traffic on downtown streets at any given time. The silver lining of this set up is that one Charleston carriage ride won’t cover everything.
Would you prefer to save some planning and wrap a romantic carriage ride in with your visit to a romantic hotel or inn? Check out our list of favorite romantic packages for romantic weekend getaways in Charleston, South Carolina.

All tour guides in Charleston have to study a thick book of local knowledge and take a pretty serious test before they can give tours to visitors. Supposedly, only the most qualified tour guides become carriage tour guides. Of those, only the best work for Palmetto Carriage Tours.
Located at the big red barn on Guignard Street, Palmetto Carriage Works mostly uses mules to pull their carriages. Mules are supposedly smarter, stronger, and more heat-tolerant than horses. They’re also more stubborn, so there’s that.
This is the carriage tour company that locals recommend when they have guests. Another bonus is their parking lot. Reserve a carriage ride with them and enjoy 4 hours of free parking in their lot close to the Old City Market. You’ll be able to keep poking around downtown before and after your tour.

This company is known for their guides wearing Confederate uniforms complete with a sash around the waist. Located a few steps away from Palmetto Carriage Works, the Old South Carriage Company offers a similar experience to Palmetto Carriage Works. The tour company guides are arguably better dressed guides. Their preferred draft animals are beautiful Percheron and Belgian draft horses. Old South Carriage Company and Bulldog Tours have been awarded best in Charleston by the Charleston City Paper.

For those looking for carriage ghost tours in Charleston, SC, options are fairly limited. In fact, they’re likely non-existent with the closure of Olde Towne Carriage Company. 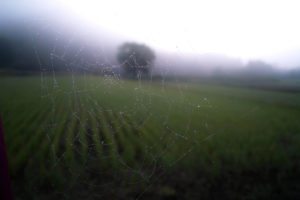 Once you’ve exhausted the tours and sites of downtown Charleston, the next step is often to go farther afield. I recommend the various plantations near Charleston. While these tours are not likely to mention ghosts, they offer some interesting information on:
A few of them are still working farms, which offers another level of interest. Some other plantations close to Charleston include:

Which Plantations Should I Visit in Charleston, SC?

The answer to that question depends on what you, personally, find interesting:

What About Charleston House Tours?

There are a lot of very famous historic homes in Charleston. And many of them offer tours.

My personal favorite home to tour in Charleston is the Nathaniel Russell House. But there are a bunch more. Major ones include:

10 of the Best Rooftop Restaurants in Charleston, SC, by View

15 of the Most Delicious Casual Restaurants in Charleston, SC