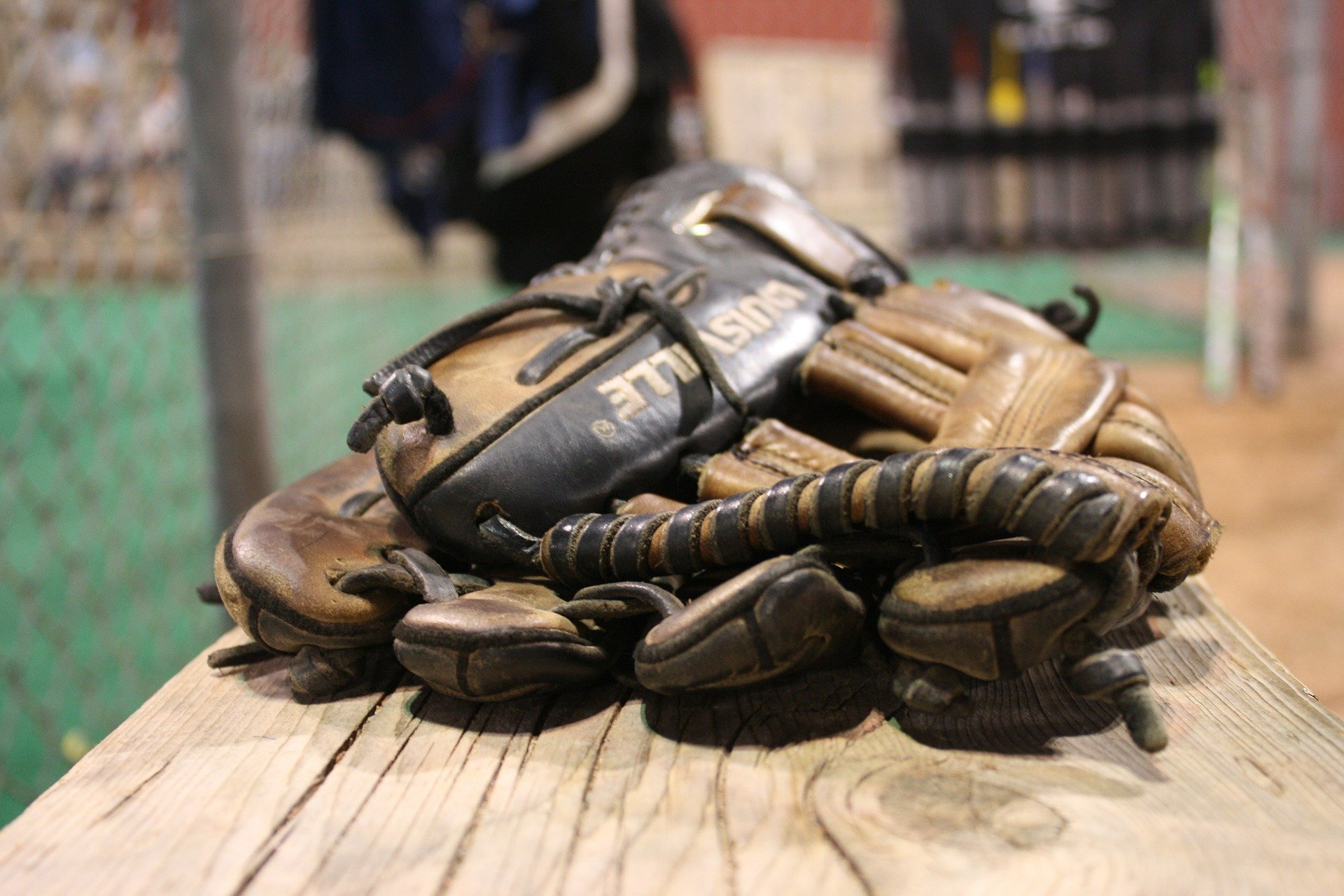 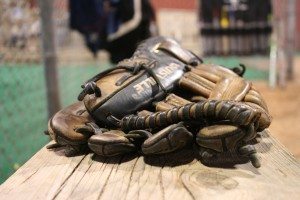 Many people don’t realize that much of the South Carolina Lowcountry is Yankees territory. This seems odd to outsiders for such a large swath of Dixie to root for a solidly Northern team, but is at least partly due to the fact the local minor league baseball team is a Class A affiliate team of the New York Yankees. And the Charleston Riverdogs’ local home turf is the spectacular Joseph P. Riley, Jr. Park.

The “Joe”, as it’s locally known, is named after the former 10-term mayor of Charleston. It is located in historic downtown Charleston on the banks of the Ashley River in between Brittlebank Park and the Citadel Military College campus. Of course, baseball is a major part of the draw of Joseph P. Riley Jr. Park, but that’s just a part of the story of the stadium. Both during the season and long after the last pitch is thrown, this magnificent structure on the river welcomes people from all walks of life to celebrate some of their happiest moments.

Where Do the Riverdogs Play?

It is difficult not to enjoy a RiverDogs game when you visit Joe’s Park. Some of the most beautiful aspects of the Lowcountry surround the stadium. From a sweeping view of marsh behind the stadium across to the towers of the Citadel, the Ashley River on one side, or the towers of MUSC and the rest of downtown on another, there’s a fantastic view of the beautiful city of Charleston from any angle and seat in the house. Surrounded by trees on the side of the stadium closest to the road, the stadium almost has an aura of being hidden for those first arriving, and many tourists will drive by without realizing what they’re passing!

The Joseph P. Riley, Jr. Park is considered one of the most picturesque parks in the South Atlantic league. But all this beauty doesn’t come cheap–the Joe’s grass is infamous for needing to be replaced every few years, as the swamp land on which the stadium is built swallows a few inches of the field each year.

The Riley Park initiative was developed by HOK Sports of Kansas City, Missouri. They are responsible for other fantastic fields across the country such as: Camden Yards (Baltimore Orioles), Coors Field (Denver) and Jacobs Field (Cleveland). The facility is unique in many ways – visually of course – but its uniqueness is partly derived from the relationships fostered by the City of Charleston, the state of South Carolina (The Citadel) and a private company (RiverDogs). The property on which Joe Park is built is actually owned by the Citadel.

In case you’re wondering why the RiverDogs have their rather specific name, it comes from an old urban legend regarding sailors in the early decades of Charleston’s history. Sailors entering the harbor would notice large rats scampering along the banks of the Cooper and Ashley Rivers (which converge at Charleston harbor), which they began to call “river dogs”. The name was awarded to the team (previously known as the Charleston Rainbows) after a contest to find a new name was held in 1993 in local Piggly Wiggly stores.

Experiencing a Game at the Joseph P. Riley, Jr. Park

While Joseph P. Riley Jr. Park is a baseball stadium; the focus is not necessarily always on the game. Fans always pack the stands, but the food, contests and promotions are usually big (if not bigger) draws. The stadium even has fireworks on Friday nights after summer games. Having such a heavy focus on additional entertainment was a team decision. It was a safe assumption that the majority of fans in attendance come to the park expecting much more than a mere ball game.

You would have a hard time missing Charlie T. RiverDog, the mascot of the RiverDogs, or the other characters that cavort around during the game. They’re even known for some fairly intense dancing.

When you visit Joseph P. Riley Jr. Park, don’t expect a similar environment like RiverDogs parents’ club, the New York Yankees. The setting is perfect for a small minor league team (as the many activities going on during games certainly distract from the less than stellar playing of the team as compared to the Yankees, for example), and attendees expect and love it. A game at the stadium is actually an excellent date night idea, by the way.

#sunset over a #riverdogs #baseball game in #charleston #southcarolina

Directed by the food and beverage director, John Schumacher, the Riverdogs has become famous in the minor leagues for offering delicious but unique concessions.

While the typical game fare is available, you’ll find some awesome combinations like the Riverdog, which is a hot dog topped with pickled okra, slaw, and mustard barbecue sauce or pig-on-a-stick (a bacon-wrapped, foot-long corn dog). The Homewrecker, a 1-pound all-beef hot dog with 20 different toppings, was made famous by Adam Richman of Man vs. Food. A personal favorite of this writer is the Southern Kimchi dog, which features julienned collard greens, julienned kimchi, and sweet piquante peppers all tossed in a soy sauce and sesame seed oil sauce mix and topped with Siracha. Be sure to order some peanuts from Tony the Peanut Man, a well-known character and regular installation at Riverdogs games.

Another unique item to keep an eye out for when you visit for the game are the self-serve herb gardens for fans to customize their food’s flavor. Dollar beers are also a pretty awesome experience in this day and age, though higher-end varieties of beer, wine, and spirits are available.

Where to Get RiverDogs Tickets

Ready to plan a trip? Tickets to Riverdogs games can be bought online, or you can pick up your tickets at the box office Monday through Friday, 9 am to 5 pm, Saturdays from 10 am to 4 pm, and Sundays noon to 4 pm (in season, of course). You can also find out more about buying RiverDogs season tickets on their website.

With its outstanding view of the marsh and various levels of event space, the Joseph P. Riley Jr. Park offers a lot of great events outside of just baseball. From yoga nights to movie nights to craft beer festivals, there are some pretty cool activities regularly going on at “the Joe”. The park even hosts concerts, including the outdoor country music concert, NashBash.

The RiverDogs moved from their old field at College Park to “the Joe” in the 1997 season. As such, the Joseph P. Riley, Jr. Park is one of the oldest playing locations among the baseball minor league. The park is now where both the Citadel and RiverDogs baseball team practice and play. “The Joe” organized the Baseball Championship Southern Conference in 2014 and previously hosted the All-Star of the South Atlantic League Game in 1998, 2000, 2004 and 2012.

In the first season of play at “The Joe”, the RiverDogs achieved a new season of individual attendees of 234,840 – a record that has been eclipsed almost every year since. The record was even broken in 2002 despite the night promoting a somewhat bizarre game called “Nobody Night” in which no fan was allowed in the stadium until the game became official, thus allowing the RiverDogs to set the record for an official zero attendance game.

More recently, RiverDogs set a single record of attendance of the franchise in the 2015 season, when 292,661 people passed through the turnstiles. It averaged about 4,050 fans a game over the course of the season.

The eponymous Joseph P. Riley, an avid fan of baseball, was often present for games after a long day at the office guiding the development of one of the oldest cities in America, and will likely be there a fair amount in his retirement. As one of the greatest promoters of the city’s baseball team, the Charleston City Council agreed to name the facility after him.

Riley Park has been ranked among the top gaming facilities on the minor league and collegiate levels, and once you have visited “the Joe”, you will surely understand why.

The RiverDogs stadium address is: 360 Fishburne St, Charleston, SC 29403. From most directions, the easiest way to get here is to head for Lockwood Drive above the Crosstown (as Route 17 is called when it runs through downtown) and continue straight until you hit the stadium.

As far as RiverDogs parking goes, one VIP lot and five pay-to-park lots are available to visitors on game days. All non-VIP lots are $5 per car to enter Monday through Saturday, while Sundays games offer free parking in all RiverDogs-controlled lots.

Our baseball stadium and experiencing a Riverdogs game fit a list of the most fun things to do in Charleston, SC, at night quite well. They combine quality and unique food with a relaxed atmosphere. When visiting various Charleston attractions, be sure to include a RiverDogs baseball game on your list.