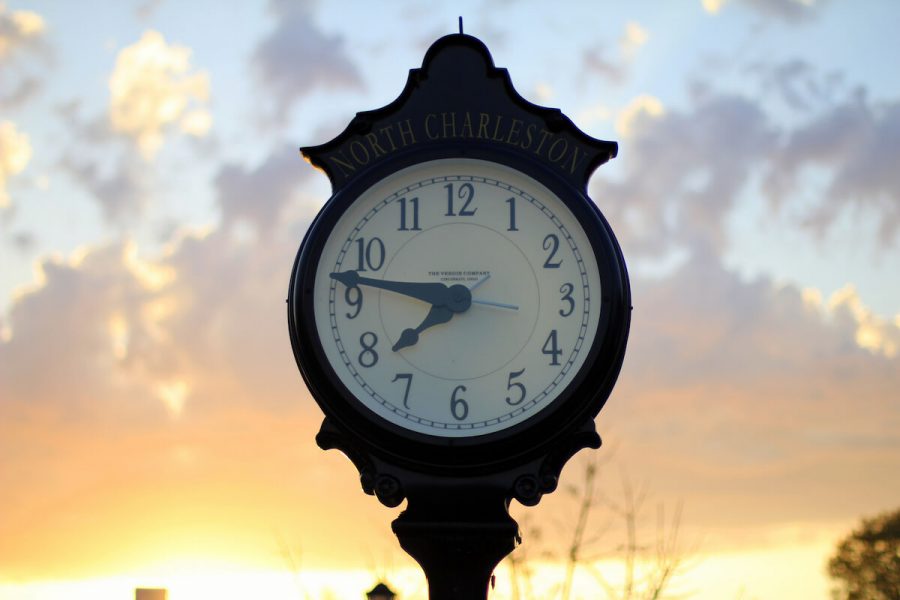 A Hipster’s Guide to Park Circle, in North Charleston, SC I came this close to moving to Park Circle instead of downtown Charleston when I first came to Charleston.

I love living downtown, but there are times when I’m in Park Circle that I kind of regret my decision.

Not enough to move, though.

For me, it’s likely more my scene, and seems to be becoming more so as people I associate with are priced-out of historic downtown Charleston.

I see a lot more beards and flannel when I’m up there than I do downtown anymore.

Park Circle is funky and artsy, it’s less proper, and there is a strong neighborhood vibe. Everyone here seems to know everyone else, and get along just fine with each other.

And Park Circle is walkable. Most of the neighborhood has a decent walk score.

If you’re visiting, or thinking about moving to Charleston, SC, be sure to check-out Park Circle at some point.

A brief history of Park Circle in North Charleston, SC

Park Circle is North Charleston’s historic district. It was first founded in 1912 as a Garden City. The concept was to create planned, self-contained communities with regulated numbers of homes, industries, and farms. All of which would be surrounded by parks. The movement started in 1898, and Park Circle is supposedly the South’s oldest version.

Park Circle served as a working-class neighborhood of modest single-family homes for the workers of the area’s factories and nearby Naval Base.

It hit on hard times, though, after the Naval Base was closed in 1995.

East Montague Avenue, the main business district, has been enjoying a renaissance since the city of North Charleston began a push to revitalize the street. They started:

And each restaurant or bar that opened on the avenue seemed to attract the next one. Now there are breweries, ice cream shops, and sorts of other stores to go along with the well-known bars and restaurants.

The modest homes and revitalized main street are major reasons why This Old House named Park Circle one of the South’s Best Old House Neighborhoods in 2012.

Recently, a huge chunk of the former Navy Base was demolished. What remains had been declared historic sites. Much of what’s left is being converted into offices, studio space, waterfront parks, and even breweries.

It’s still fun to walk around the remaining abandoned buildings though. Albeit a little spooky.

Getting to Park Circle from Downtown Charleston

Park Circle is about 20 minutes from downtown Charleston. Getting there requires a drive up I-26. After that, drive through some derelict neighborhoods before hitting the big, circular park for which the neighborhood cleverly gets its name. The 30-plus acre park is filled with playgrounds, baseball fields, and a weekly farmers market. The community center in the middle of the park also plays host to bi-weekly contra dancing classes and dances. They’re held every other Friday if you’re interested in taking part in one of the most fun things to do at night in Charleston.

Sure, the drive into Park Circle isn’t fantastic. There are large expanses of North Charleston that aren’t the safest, or that could use some of the attention the city showers on Park Circle. But that may contribute to the perception that the neighborhood is a well-kept secret.

And let’s face it, North Charleston needs a tax base.

The perks of living in Park Circle (or just visiting)

Park Circle seems to have a continuously improving food scene. While definitely over-shadowed by Charleston, South Carolina, the rent is cheaper. Great restaurants can focus on their food without being pretentious up here. And most of the bars and restaurants are clustered together along East Montague Avenue.

There are a few casual restaurants I will go out of my way for in Park Circle. Those include:

I would argue this is one of the best pizzerias in Charleston. EVO Pizzeria is always busy, serving wood-fired pizzas in a casual atmosphere. They pride themselves on using seasonal and locally-sourced ingredients.

I have yet to find another decent Vietnamese restaurant in the area besides this place. The inside features chic and contemporary decor, but I’ve never eaten inside of Lotus. Their small patio is a great place to eat on a nice day (of which the Charleston area has in abundance).

DIG in the Park

This is a typical sports bar, but they have a huge outside patio. DIG has a nice happy hour special, too.

I passionately love fish and chips. I suspect it started with a trip to Ireland when I was young. Or that my dad, who spent some formative years in Britain, is also a fan. Either way, I can’t help but order it when I see it.

But fish and chips is literally all that the CODfather serves. And it’s amazing.

Plus, they also have outdoor seating.

There are a lot of other restaurants, including ones that are available elsewhere in the Charleston area, so not ones I’d go to Park Circle to enjoy. That list includes Sesame Burgers and Beer and YoBo Cantina.

While I probably should try other places in Park Circle, I have found a few bars that I consistently frequent.

There really are a few fantastic representatives of Charleston bars in Park Circle.

I already mentioned DIG in the Park and Sesame Burgers and Beer, so I won’t repeat them again. I love Madra Rua. It’s a classic Irish pub with the standard Irish fare, like shepherd’s pie. I headed up here for corned beef and cabbage last Saint Patrick’s Day.

They also have a fantastic beer selection, including imports like Guiness and Bass.

The name means fox in Irish, by the way.

I really wanted to like Stems & Skins when I went, but I’m not a fan.

The music was too loud to talk, and the wine was overpriced. The intense waiter steered me towards a specific wine that tasted like water. I’ve had better $5 bottles at Trader Joe’s than that glass.

But I don’t consider myself a wine snob.

And no, I’m not linking to them. Go Google them if you want to go that badly.

Go to Accent on Wine instead, a couple doors down. This place is cozy, more akin to my favorite wine bar in the area, Avondale Wine and Cheese in Avondale.

Park Circle puts on some decent events throughout the year. Most of them revolve around drinking. This one definitely revolves around drinking. While this gets bigger every year, it’s nowhere near as overwhelming as St. Patrick’s Day in Savannah, Georgia. While you’ll see a fair number of drunks of course, it’s kept pretty calm and orderly. And the best part is that St. Patrick’s Day is typically great weather in Charleston.

I’ve gone to Park Circle’s St. Patrick’s Day Block Party & Parade every year so that I don’t actually know if anything happens anywhere else in town to celebrate the holiday.

Park Circle features other events throughout the year:

But Saint Patrick’s Day is the big draw each year.

They don’t have a decent grocery store. And not even one within easy walking distance. That would annoy the crap out of me.

But while everything in the Charleston area is within 10-15 minutes from Park Circle, you still have to drive to get anywhere.

Maybe that would be a problem if I lived there, or maybe I would adjust and just not leave the neighborhood much. Perhaps I’ll never know.

But also getting to and from my current job in Mount Pleasant would require crossing the dreaded Don Holt bridge on the I-526 belt loop. And I have a reverse commute from everyone else when I drive to and from downtown Charleston now. I would be driving the same direction as everyone else, plus be competing with folks from:

And yes, people who live in those areas work in Mount Pleasant. I know because I work with some of them.

Also, there are train tracks that go through the middle of Park Circle. And another line that cuts you off from the outside world whenever a train takes its sweet time passing.

And that has happened to me more often than should be statistically possible.

I may just be bitter.

But I suppose a visit to Park Circle when I’m feeling Irish, hipster, or just want a Guinness or fish and chips is enough for me.