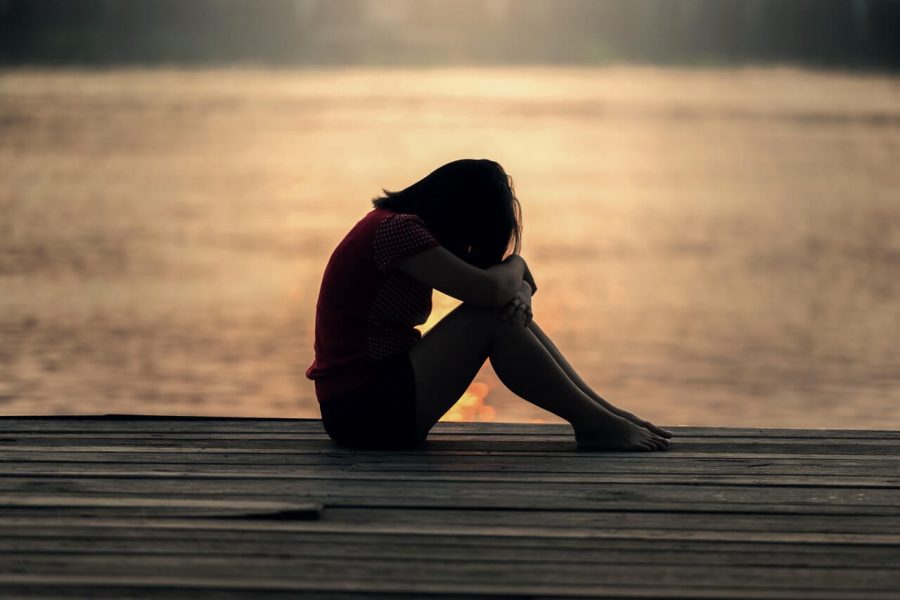 (Untitled), or Thoughts on Teenage Suicide and Prevention 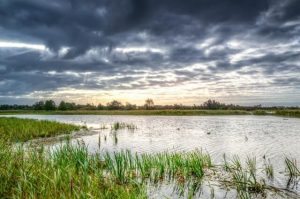 Recently, a young member of the church I attend committed suicide. I only knew him because of the time I’ve spent volunteering with the youth group.

Considering how well we knew each other, our lives would have barely intersected for a brief while.

Then he would have gone off to college, graduated, got a job, married, had kids. He also may not have done one or any of these things. And I, as a volunteer with the youth group, would have continued to grow old, and heard about his future endeavors from other members of the church. And it would have been akin to hearing about someone from a past life, a simple response of, “oh, that’s so nice to hear.” And then I would have continued my life with a brief memory or two but nary a second thought, a feeling I’m sure he would have returned.

Considering what a great kid he was, at 17, everything above seemed guaranteed to someone older, who’s navigated scenarios similar to what he was experiencing. It all seemed to be a given, something that needed no intervention.

Then, it suddenly and jarringly wasn’t.

Once you’re out of high school or youth, the memories of your time in that period of your life, the joys and pains, all grow fonder. And eventually you lose the ability to relate and empathize with others in those situations. And telling someone that it will get better doesn’t help the hurt they feel in the moment.

How Life Does, or Doesn’t, Continue 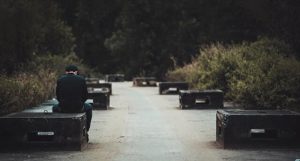 Earlier today, I was doing the dishes, listening to music. A certain song came on, that wasn’t even particularly sad, that brought-up a well of emotions related to this young man. My mother has told me she could count on one hand the number of times I cried as a child.

And yet, there I stood, shirtless, hands covered in soap suds, sobbing into the sink of my apartment in downtown Charleston. Relieved that I had learned enough about my own emotions to understand that these feelings come and go and that sadness, loneliness, anxiety, and the others have their place. The inevitable coming and going of painful emotions is similar to those people look forward to feeling.

But the other sense I had was how relatively insignificant my sense of loss must feel by comparison. Compared to his friends, his family, his parents loss of their only child, my grief felt inconsequential and remote. For a brief moment, I worried that my sudden upwelling of sorrow for his loss was somehow related to me and an attempt to make this tragic event about me.

And perhaps it was.

But to paraphrase a thought Noam Chbosky of The Perks of Being a Wallflower exposed me to: it doesn’t matter that there are people who have it worse than you. What you’re dealing with still sucks, and doesn’t make it any less awful.

What was I feeling? I still don’t know. Any number of emotions in those brief, unexpected moments were possible:

To me, one of the most gut-wrenching aspects of this event is the realization that our society fails our youth in this regard. In most instances, our younger people aren’t given the tools to effectively handle and understand these situations themselves.

How do I know? Because that is something I remember from my own youth.

The Dangers of a “Special” Upbringing

For better or worse, we’re told we’re special and unique. And we all are, but I felt more freed by the understanding in recent years that in fact we’re all uniquely similar.

How so? Let me explain: 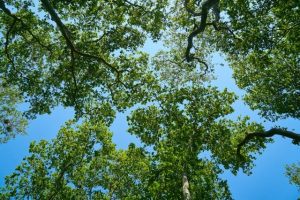 When you’re unique and special among everyone, your highs and lows are yours, and yours alone. From that perspective, you’re alone at the top, and you’re left alone and lonely in your low moments. If you’re the only one, how could anyone understand and relate to what you’re going through?

But one of our strengths in our collective community is that we’ve all been there, in one way or another. I may not have struggled with the exact same problems that this member of my youth group, but I could relate by remembering my personal struggles.

His story was his own, but I could have helped him and others better understand how to grapple with very adult struggles. These adult struggles come to young people whether we try to protect them or not. The simple act of sharing the knowledge and tools that I wish I had known when I was their age, but had to acquire on my own, years later, could have been enough.

So, what did I say to this person’s friends?

The Day of the Event

Well, the day it happened, I got a text and an invitation to join a group getting together to be present for each other.

And I did some Google searches to be ready to say the right thing if called upon.

The first recommendation was to first deal with your own feelings related to the death of a child by suicide.

But one of the most important points made, regardless of whose article I was reading, was to be ready to say nothing.

So, I spent a lot of time just being present. And I watched the group collectively process, together, for an evening.

And when the group began to disperse, I slipped out into the night.

Our minister was there, as was our youth minister. And most of the kids’ parents. The kids were in good hands. 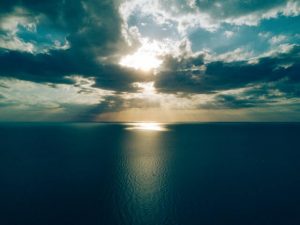 But if called upon, here’s what I would have said:

This young person’s loss was tragic. His suicide was the result of a serious choice that was made that resulted in the loss of his life.

And perhaps there was nothing anyone could have done to help him. In the end, our personal struggles are our own, whether those around us want to help or not.

From personal experience, there’s nothing you can do for someone who doesn’t believe they need or want help.

But the only thing I can do is to look to the future and how to push for some change to prevent such terrible losses to occur.

I can’t be everywhere at once, and I couldn’t expect anyone else to be either. But again, the strength of our community is that there are plenty of opportunities to notice something, and say something.

The number one tool we all need to prevent such a tragedy, as well as pick up the pieces afterwards, is empathy.

Whatever feelings you feel after a friend commits suicide are normal. It doesn’t matter what they are, or when they happen, each of us follow unique processes of internalizing and coming to terms with grief.

And there is no set time for you or anyone else to “get over it”. That time will never come. What will eventually come is a time at which you’ll have come to terms and accepted that this grief is the new norm.

In reality, one of the many lessons we learn in our lives is handling, dealing with, and coming to terms with grief. That grief and sense of loss can and does come from anything at varying points of your life: your innocence, a loved one, or something as seemingly trivial as the loss of your childhood.

More than anything, make sure that you’re an empathetic ear to listen. And that goes for others as well as yourself. Don’t denigrate your feelings, or make yourself feel worse than you already do because you don’t think you’re feeling the “right” way. Treat yourself with the same level of respect that you’re taught and encouraged to treat others.

And what about preventing suicide, using the tool of empathy? This is not a recommendation of how to be a superhero, jumping from one person sitting on a bridge to another. This is significantly less exciting, more mundane, but more sustainable if we all take part.

Assemble Your Team Before You Need Help

As a teenager, know who you’d go to if and when you need to talk to someone. That may be your parent, but if you’re uncomfortable, there are plenty of other adults you can trust in your life to help:

The important thing is to find someone that you trust and know would do anything to help you.

Then, all you have to do is ask for help.

And if you need it, please, ask them. Even if we don’t know what to do in the moment, I promise we’ll use our own network of resources to figure out what to do.

After you have your network ready to go, if any of your friends express a need but don’t know who to turn to, you’ll be ready to help. All you may need to do is help walk them through their own list of trusted people.

And what about those adults? 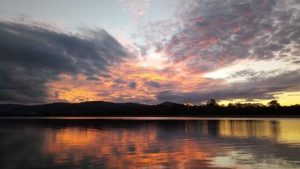 Be ready to notice, and check in. All you may need to do is ask how someone is doing. Developing a level of trust and rapport with someone to where they feel comfortable enough to say something deeper (and more honest) than, “fine”, requires a lot more work.

But spoken from experience, it’s worth it. Whether it ever leads to preventing such a terrible thing as what happened in my life is irrelevant. Being there for others can be reward enough.

Being empathetic to someone and their struggles does not mean listening, then telling someone about a similar experience of your own. That’s taking away the focus of the conversation from the person who’s confided in you and shifting it to you.

Keep the focus on them, let them talk. And listen, attentively. Clear your mind, and remove distractions. Only then can you understand trends, see signs, and better understand what resources or tools really need to be found for a person who’s struggling.

Because their struggles are theirs, and not something to put down by telling them that they’re not unique.

Our Community Listens is a fantastic local training session that teaches communication skills. It covers effective:

Because we are all uniquely similar (a thought taught by OCL). And making sure we all get friendly reminders could be enough to help keep us all whole, in whatever way that looks like.

12 of the Best Charleston Walking Tours

The Joys and Dangers of Community Gardening in Charleston, SC